This past weekend I attended my fourth competition hosted by Summit Climbing Gym, and I have to say, I LOVE the Summit Comp Series! There’s a lot of reasons they keep me coming back for more, but here are my top five:

The setters at Dallas are some of my favorite. They have a pretty big crew of setters working on their competitions, so there’s a lot of variety in problems. The routes lend themselves well to coming up with different beta–one of my favorite qualities of a problem. The diversity of grades also make the competition really exciting for a range of climbers, from the total beginner to the elite competitor. As I’ve mentioned in a previous blog, a major stressor in climbing comps comes from having a packed crowd on a small wall area. Summit setters do a fantastic job a spacing out the problems as much as possible. They use as much wall space as they can, and set sparingly on each wall. Don’t get me wrong though, they have more problems than you could possibly attempt in three hours, but they do an excellent job a setting in a way that facilitates competition. I never had to wait more than a minute or two to hop on a fantastically-set boulder!

If you haven’t climbed in Dallas, or even Texas, you may not realize the incredible density of beasts that live and train there. This is not a local that you can walk in and win, you’re going to have to fight for it (unless you’re Daniel Woods). Many of the climbers here are some of the best in nation, some are even ranked internationally! But, if you’re not up for the that level of competition, don’t fret. There’s still a large number of competitors in the beginner and intermediate categories, and at the end of the competition you’ll get the chance to sit back (with free beer) and watch the finals featuring some very impressive climbers.

As a super type-A med school student I really appreciate the level of organization that is apparent at these comps. The summit gyms have put on a LOT of competitions, and they really have it down. Registration is a breeze, but don’t expect to register at the door–these comps ALWAYS sell out. They advertise a schedule and they stick to it. Climbing starts at 7. Finals start at 10:30. That’s that. No waiting around ’til 11:15 because the organizers messed up the scoring system. These people know what they’re doing. 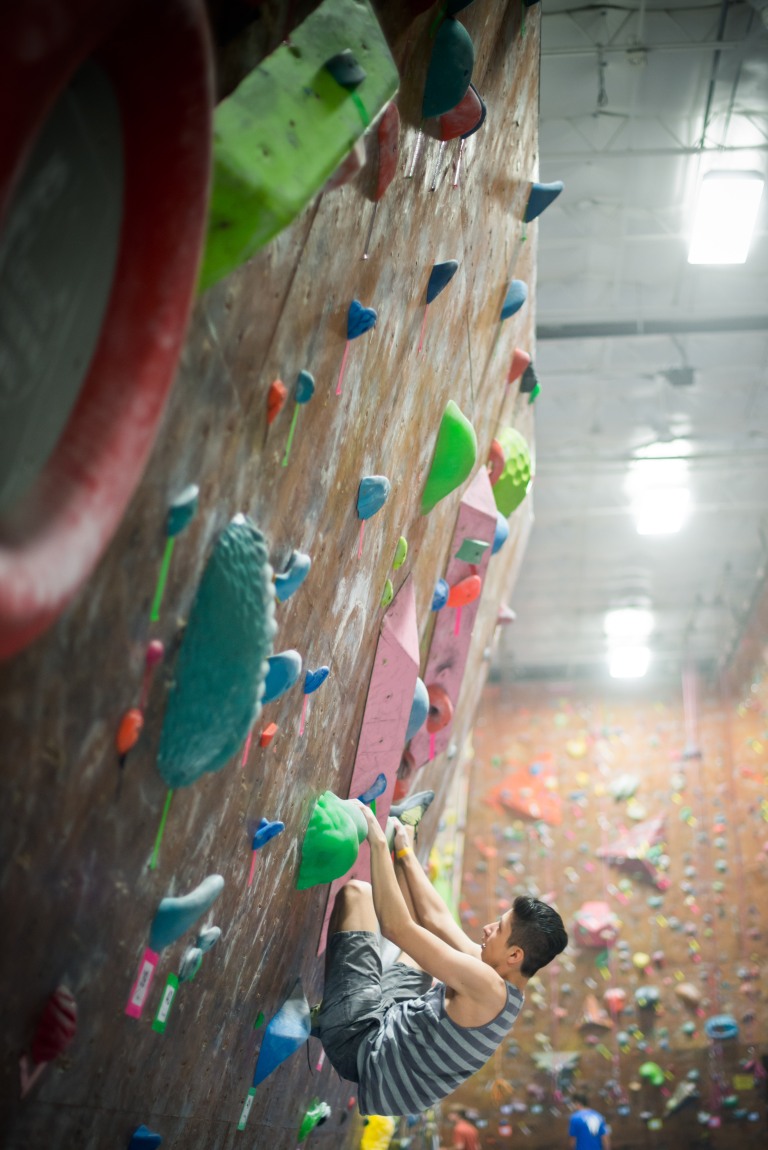 I’ve been incredibly lucky to have made it into the finals round at every comp I’ve attended here so far, and I have to say that it’s absolutely a blast to compete it them! The problems are always very challenging with fun moves. My favorite female finals problem involved jumping to a swinging volume from one wall and having to catch a hold on a different wall. That’s  the kind of the problem that’s never set normally at a gym, so it was an awesome experience to get to jump on it. The finals also seem like they would make for a pretty good show for the audience as well. All the lights in the gym go off except for the spotlights, featuring the impressive Big Tex wall,  where climbers give it their all on some showy boulder problems. Music blasts over the speakers while an announcers gets the crowd psyched; this past weekend, there was some pretty hilarious announcing by Alex Francis 🙂 Lastly, like any good party there is free beer. Enough said. 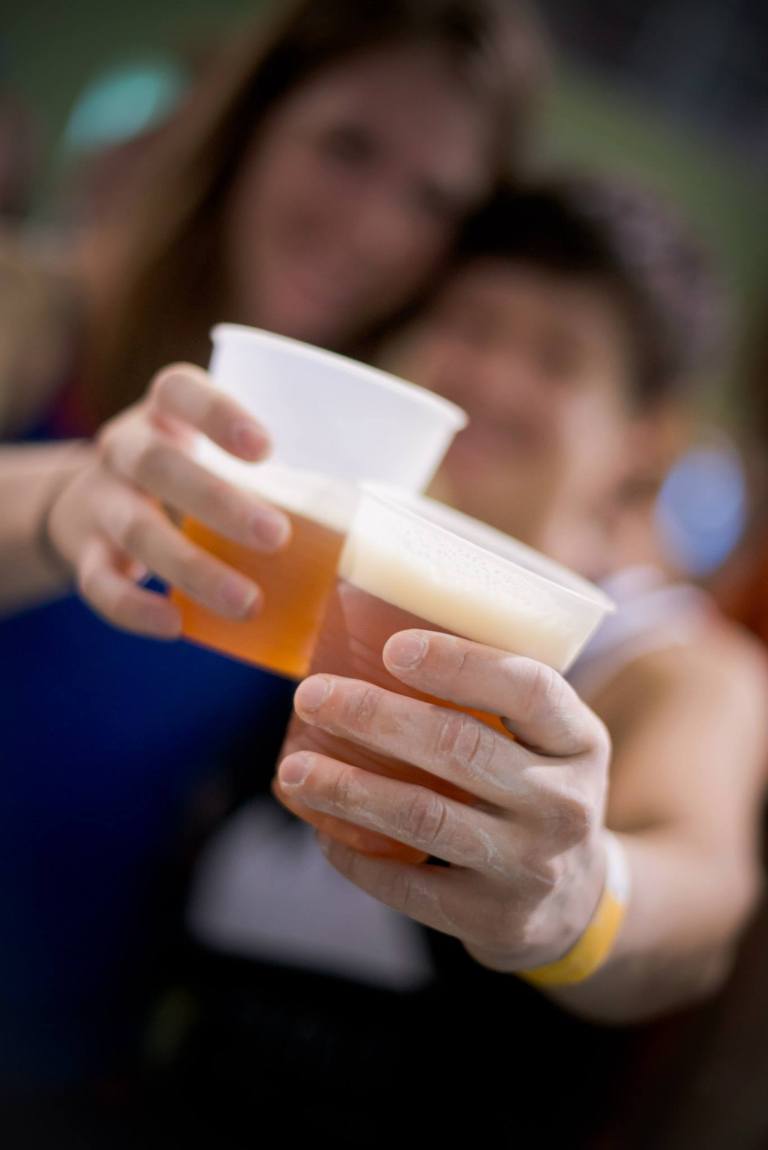 A HUGE shout-out to Shayna Marie Photography for letting me use all of these AMAZING pictures!

P.S. Here’s my best attempt at the finals problem from Friday: